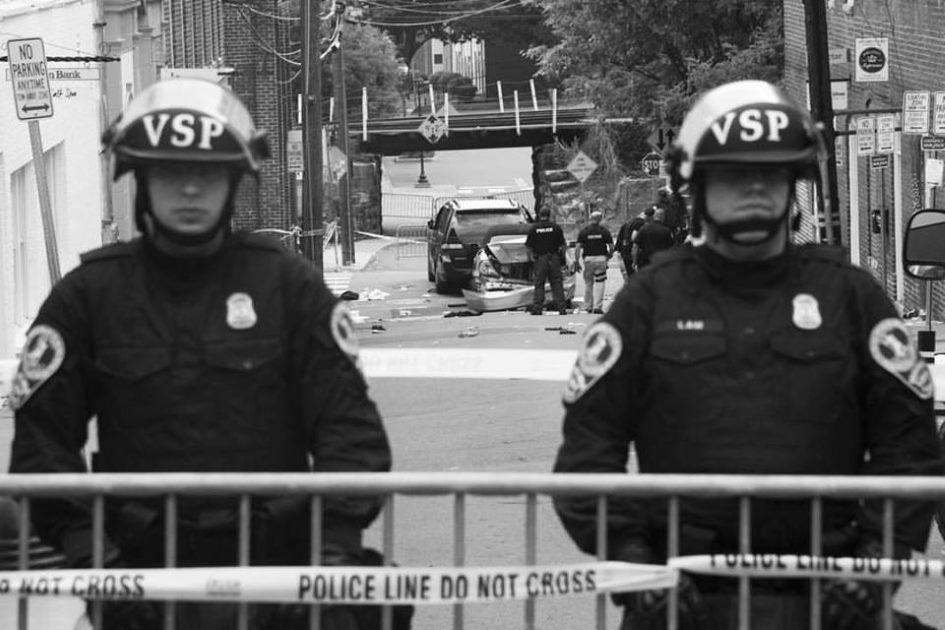 Today was a challenge. What happened today hasn’t quite sunk in.

I saw people throw punches, beat people with sticks and batons, and I witnessed the aftermath of an attack with a car as it plowed through people, shattering bodies and ending a life.

You can believe what you want to believe but it cannot be ignored that the White Nationalists and White Supremacists in this country have endorsed and engaged in a deep seeded culture of oppression. While they will claim that it is a defense against tyranny, their actions have proven to be tyrannical and inhumane.

Seeing two groups of people engage in battle isn’t pleasing — it’s even more horrifying to see the deliberate attack on people who were not engaging in violence.

While it may be true that some of the people in the crowd may have engaged in the group violence earlier in the day, the fight was over. It was literally broken up by police after they stood by for far too long, unwilling to reduce the boil to a simmer before it over flowed.

Some people will dismiss this as a lone wolf attack, but you must understand that this mentality is bred and woven into the fabric of an identity in crisis. This man will be considered a hero and a warrior by some people, but it was selfish and it was fuelled by fear, resulting in the ultimate sin.

Hate is not weak, but it is inspired by weakness. Sometimes it’s too difficult to love, but we must remember that compassion comes in moments everyday — split seconds where we can look past the differences of people we may not understand or agree with, and choose to accept them as they are, flaws and all. That doesn’t mean that we excuse hatred and oppression, but that we face these challenging times with a place for love and understanding our hearts, in hopes that it can be received and returned into the world.