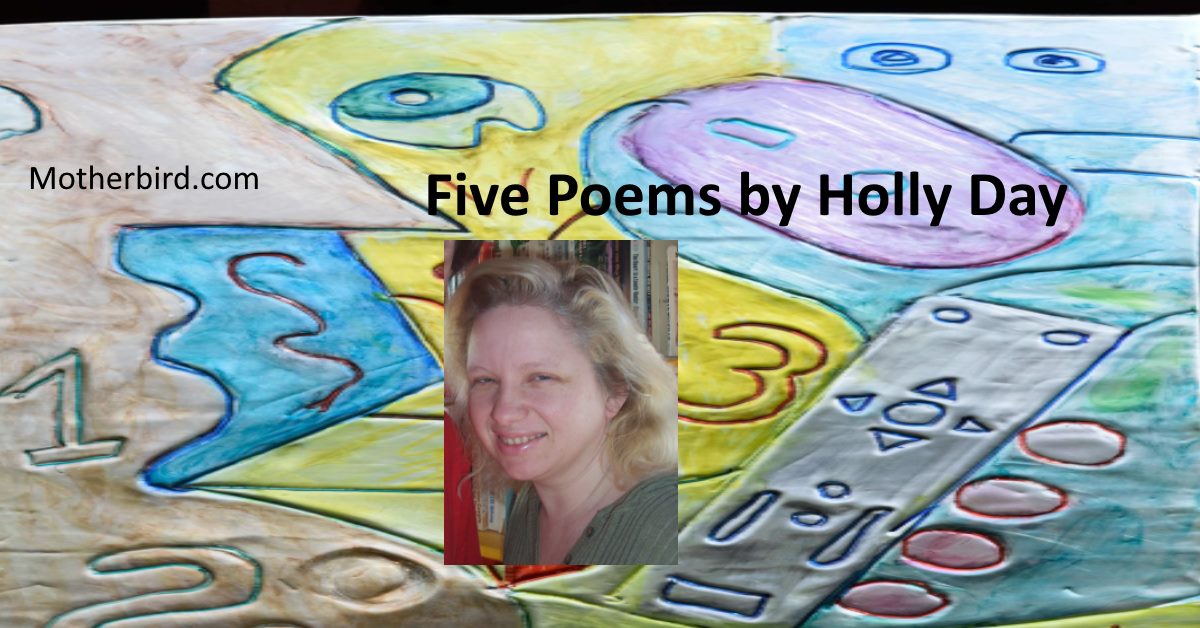 Sometimes the letter is so good, you want to publish it too, so we will:

Somehow, it’s January, and only this past week have I had to worry about putting a real coat on to go outside, and haven’t even bothered replacing my regular canvas shoes for boots. For most of the winter, any snowfall has melted on impact or within hours, and for the first time ever, my neighbors have had no trouble keeping their sidewalks cleared of ice. I even heard an Eastern meadowlark somewhere up in the trees this morning, its voice standing out stark against the regular winter cackle of crows as if it, too, was confused, and needed to tell someone about it.

Thank you for reading my poems,

When I was 13, my mom was best friends with a professional photographer
who grew pot in her back yard. She also had a daughter my age,
who went to the same junior high as I did, and partly because my mom
wanted to be on the good side of her new dealer, partly because
she was worried that I didn’t have many friends, she really pushed
a friendship between me and this new girl.

Diana was okay. We did have fun together. But she was upset
that I wouldn’t wear makeup, that I wore jeans and t-shirts
to school instead of dresses and high heels, and especially
since I didn’t care that I was a fashion casualty. She’d invite me over
to her house after school and spend hours and hours giving me
makeovers, then totally flip out when I’d show up at her door the next day
for school, wearing my hair and face the same way
I always did. She told people at school she was only my friend
because she felt sorry for me, which I got to hear second-hand
from the boy sitting behind me in English.

Sometimes I’d get pissed off at her for saying shit
behind my back, and I’d take off for home after school
without waiting for her at our usual meeting spot, and she’d
come running down the street after me, shouting my name,
begging me to stop and wait for her. When school
wasn’t in session, we were pretty good friends.
When we were at school, she barely spoke to me.

Those little pictures on milk cartons always seem so
ineffectual and insubstantial to me, as though
I have the only milk carton with that face on it
and I myself am entrusted with finding the face in my refrigerator

attached to a living being, perhaps hiding somewhere in my house
as if there aren’t thousands of other houses with the same picture
on their own milk cartons. It seems

that something as tragic and grave as that of a missing child
would warrant his or her face carved in Olmec proportions
in giant blocks of butter or cheese, or stretched out over the frames
of automobiles, plastered on the sides of city buses,
skywritten in intricate detail by cropdusting planes

milk cartons just seem too small to carry
the weight of something so important.

Whispered Into Your Ear

If my skin was flayed from my body, and only
Red, wet muscle held my bones together, would you
Still want to take me in your arms, hold me close, swallow your
Revulsion at my ragged state? And if

This thing inside me can’t be killed, and instead
Wastes me into a picked-over shell, will you
Still tell me I’m beautiful when I’m in your arms, as you
Brush the clumps, the dry knots, out of my thinning hair?

Will you still love me when I’m less than
Skin and bones, a faded memory, a pile of photographs
Rubber-banded together in a shoebox hidden
Under our bed? Or will you painstakingly count off the days that must pass

Before the people around us allow you to forget?

I can only imagine why he takes so long
To return from the bathroom every day at lunch, picture
Him straddling the toilet, left arm stretched out in supplication to some
Drug god like I’ve seen on television, needle
Dangling precariously from the vein it’s rooted in
His eyes rolled back in his head in delirious orgasm

Or maybe it’s some official religious thing, not a heroin-based religion at all
He’s kneeling before the stand of urinals, facing some static
Compass point, dragging an ancient stone blade over his body
Tattooing new lines across his stomach
Piercing his tongue and ears with a practiced hand
That draws little blood. For all I know
He could be covered in chicken excrement from noon to twelve-fifteen
Every day, using his cigarette break to entreat his homeland gods.

All I know is that I will not continue to use my own lunch break
To answer his phone line, will not take orders from warehouse men
Redirected by the note on his door to ask for my help instead.
From now on, I am in an official state of meditation when his desk is empty.
I am sleepwalking, and am not to be disturbed.

The Things that Come Back When You Finally Have Time

After she was moved to the nursing home, my grandmother
began having reoccurring nightmares of being chased,
held down, raped, again and again. The night nurses had to keep
changing her medications so that she could sleep through the night
quietly, without dreams

so she wouldn’t wake up the other residents. “Your grandmother’s
had a hard life,” said her social worker when we came to visit.
“She’s a strong woman.” She went on to tell us
that years before, before my mother was even born, that my grandmother
had been attacked by a neighbor, that there had been this huge
controversy regarding whether my grandmother was a slut
just asking for it, and had been leading the much-older man living next door
since she was thirteen, fourteen

or if the man, an upstanding member of the community, who ran
the only grocery store in town, really was some sort of monster
some leering thing that hurt little girls. In the end, my great-grandparents
dropped the charges against their neighbor to keep things quiet, put up
a 7-foot-tall wooden fence between the properties, just tall enough
that they couldn’t see the man as he went about his yard
that he couldn’t look over the fence into theirs. My grandmother

went away to work on the family farm in Wisconsin, attended the tiny
Catholic school attached to the neighboring parish
and when she came back, after high school,
the incident was never discussed again.

Sixty years later, she’s having nightmares about being attacked
telling strangers about the rape we never knew about, so doped up
she doesn’t recognize her own children, her grandchildren. “She can’t
do without the medication right now,” says the social worker
when we express concern about her rapid decline, the way
she falls asleep in her chair when we visit as though exhausted, how sad she looks.
“All we can do is hope the dreams go away
once she feels at home here.”