The two poems draw on a trip through the northeastern part of Arizona and to our well known Canyon de Chelly, the jpgs are of some watercolous that are “abstractions” with the red rock landscape in mind that match what happens in the poems. David Chorlton 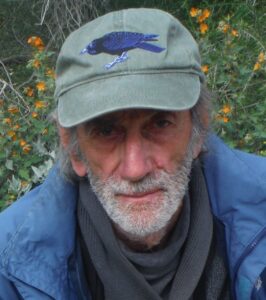 David Chorlton is a transplanted European, who has lived in Phoenix since 1978. His poems have appeared in many publications online and in print, and often reflect his affection for the natural world, as well as occasional bewilderment at aspects of human behavior. His newest collection of poems is Unmapped Worlds from FutureCycle, and The Bitter Oleander Press published Shatter the Bell in my Ear, his translations of poems by Austrian poet Christine Lavan