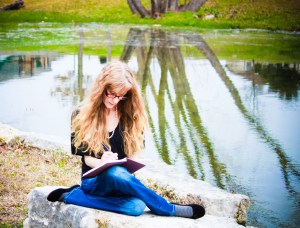 Editor’s Note: Janet recently deceased Sept.27th 2016. Writer/Editor/Poet she was a good friend & will be greatly missed

Janet P. Caldwell is currently the COO of Inner Child, ltd., Humanitarian, Reiki Master, Poet, Published Author, 5 degrees to separation, Passages and Dancing Toward the Light . . . The Journey Continues, many anthologies, magazines and more. To read more of Janet’s work please visit the links below.

I learned to count early
Read the bible too
Wrath, punishment
Seemed no absolution
Separate at five

Five fingers, to check off
As I calculate
In five minutes I’m clean
and new
Separated by five degrees

Five from what I don’t want
To remember, anything green
Black or brown
Make it easier
Five letters/numbers are my friends

The ceiling fan;
Wood, glass, white, brown, brass
Another set of quints
A quick escape
When I should need one

Safe in numbers, hidden
When I separate from myself.

Weep for the Child that Never Was

Tears fall down my face
for a child with no name
A child filled with anguish
suffering disgrace.

How could they have lied
and treated her so
Why didn’t they love her
just let her go?

Buy her new clothes
fill her with song
Mess her up more
you can’t be wrong!

She grew up with walls
forever all around
The music you played
she couldn’t hear a sound.

You look at her now
with disgust in your eyes
You can’t see her though
she wears a disguise.

Hand-made by you
so carefully sewn
With coagulated drops
all her own.

You thought that you knew her
but there’s no way that you could
She’s not what you think
behind the mask stained with blood.

Like a roach on fire
When the lights came on
Better scatter, Daddy’s home!

I Remember (séances)
Straddling his head
The Shoulders so high
Calling up the dead
Peering in the sky
Let the dead arise
It’ll stop Daddy’s cries.

Daddy, I Remember You

I assume you’d say that I’m
As beautiful as I was when I was six.
I think … (I’m jinxed)
Mother Dear, what do you think of me now?

I really must know… I’m lost.
Did I say that I miss you?
I’m sorry if I haven’t.
I feel like Anne. Always have.

Did my beauty transpire when, I cooked your
Supper? Was I special when
Your sick fuck of a husband
Molested me? Made it easy for you,
well, answer me?

Tell me, Mother, I want
To understand. (Significance?)
Myself, a wisp of value
I don’t have far to go.

It’s an indistinct trail, but
I try. Just explain it, please.
I forgive you.
Everyday.

And I will
I promise.
All the way to the grave.
Can you help me now???

Hey, Pom Pom girl, swingy
Red and blue, shake it
Shake it, cheer so loud
Until the acid bleeds your throat

Green eyes glaze and glisten
Smiling through the bile
You pretty little thing
For everyone to see, but
If they only knew, and could
See the scars beneath

The make-up, the crafted image
They wouldn’t be jealous
Now would they Blondie
Surely not of you?

You’re all grown now
If you believe a calendar
Hiding in a house, in plain
Sight, an icon for everything nice
And all that spice, so spice that nice

But tell me, what the
Hell happened to you?
A funny thing, frequent
Thoughts of suicide
A whispered middle-aged craze
Still hip, staying in style

You’re still pretty, my silly girl
Even with your head
Crammed in the toilet bowl

When did it stop being easy to cheer?
As you count the vomit chunks
Regurgitate love, empty
Your soiled soul.

Feeling better now?
No, I didn’t think you would
How about a pill? You know
That you can’t drink
Too many calories to consume
Remember? Pissing in the sink

I’ve been around, seen
Everything you’ve done
The things that you can’t handle
I saw you scrub and scrub.

Wipe at the dingy stains
From his dirty love, that stench
Perfume won’t hide.

Tidily out of sight, out of mind
Your filth is in the sewer
A safe-deposit box
For unwanted truths

So you can facade the day

When Daddy bellowed, I couldn’t hear.
The octaves were past my recognition,
decibels too strong for understanding,
all finer points disappeared.
I recall being tired, taking care of the family.
I was ten and close to breaking, didn’t
need his yelling, or the strap that cut. It’ll
be over soon, bleed girl, just bleed.

I was fortunate, so very cared for in
public, what was my problem?
“Nothing, nothing”, I said, needing to
show deference, defiance and not dread.
The piss in my bladder burned, needing release.

I reached for the gun, shoved it in my mouth.
The taste of oiled metal gagged me. Why
should I suffer? Twisted the way shit can work.
It’s him, the hateful bastard needs to go

With her thin lips
she kissed Daddy
good morning.

She hated the sight,
the stale smell of him
and abhorred the facade.

At seven her mother was
working. Daddy had to get
the girl ready for school.

Cursing, he broke a comb,
trying to get it through
her waist length hair.

With a movement
that would startle the
comatose,

She faced the wall, lined up the tiles,
attempting purple dreams.
Throttled screams, burgeoning walls
she could direct into tile accounting.

Terror filled like before,
would he kill her
or beat her this time?

Her mind raced and flashed
to past images.
When spittle flecked her face,
welts and blood
decorated her ass.

An old waltz…
A dance that never ended pleasantly.
Grabbing her blond swirls in his nicotine
fist.

He muttered and sawed her spirit,
and hair, up to
Janet’s tiny neck.

Her tresses had been one of the few things
she liked about herself. The hair
once wrapped around her like satin
comfort. Janet wrote her first poems and short stories in an old diary where she noted her daily thoughts. She wrote whether suffering, joyful or hoping for peace in the world. She started this process at the tender age of Eight. This was long before journaling was in vogue. Along with her thoughts, poetry and stories, she drew what she refers to as Hippie flowers. Janet still to this day embraces the Sixties and Seventies flower power symbol, of peace and love, which are a very important part of her consciousness.

Janet wrote her first book, in those unassuming diaries, never to be seen by the light of day due to an unfortunate house fire. This did not deter her drive. She then opted for a new batch of composition journals and filled everyone. In the early nineteen-eighties, Janet held a byline in a small newspaper in Denton, Texas while working full time, being a Mother and attending Night School.

Since the early days Janet has been published in newspapers, magazines, and books globally. She also has enjoyed being the feature on numerous occasions, both in Magazines, Radio and on Several Web Sites. She has gone on to publish three books. 5 degrees to separation 2003, Passages 2012 and her latest book Dancing Toward the Light . . . the journey continues 2013. She is currently editing her 4th book, written and to be published 2014. All of her Books are available through Inner Child Press along with Fine Book Stores Globally.