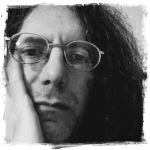 
Mathew scott harris (the second offspring and only son of boyce and the late harriet harris) made his unheralded debut on a brutally cold January thirteenth! His father – employed as an aerospace mechanical engineer with general electric – heard the powerful lungs of this gangly newborn prior to being permitted to cradle said infant! Born in Cincinnati, Ohio, this sole son spent the majority of his existence at two rural areas fifty plus years ago! Audubon and Collegeville the geographic names of said locales.

He attended first at half of second grade at an elementary school in the former place name. Ability to adjust from one than another grade school evinced early signs of difficulty! Extreme shyness in tandem with a congenital speech defect (submucous cleft palate) seemed to alienate him from other classmates. As an outside neutral observer, this then angst riddled boyish psyche experienced gut wrenching agony sans constantly feeling ostracized. Classmates grudgingly feigned enticement, boot merely teased out detachment, and thus rarely invited to join in any reindeer games! A gross degree of taunting left him without friends! Lack of confidence and ultra reticence offered manna to bullies! Vulnerability and susceptibility per being on the receiving end of verbal slings continued all thru public education!

He graduated without any vocational idea (despite an ignoble attempt to fail – and yet got promoted nonetheless), and then endured parental wrath equal ultimatums with scathing expletive filled lectures! The absence of clear-cut goals found him enrolling and withdrawing from countless colleges and/or universities. Delay with interpersonal success accompanied like a dark shadow creeping closer like the edge of night! Desperation found him blithely shunning emotional, physical, and spiritual intimacy whereby apathy did predominate.