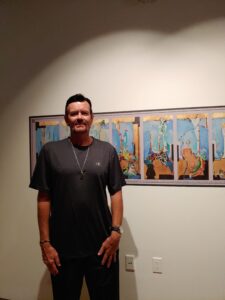 I need emergency Dial
Soap, Lord, my mouth
Speaks the darndest
Lines during rush hour,
Easy hate spreading like
Wolf spider poison in vein
Canals and I wonder,
Where else has it bore
Holes in my heart?
Halting at stoplights
Makes me curse one’s
Dark skin, beautiful
Singing, old age,
Aimless female gaze.
I must kill it, The Beast,
Right here right now,
Lord. Rescue me from
Disease passed for tradition.
Give me the strength to
Honk my horn
If I have to, if I must. 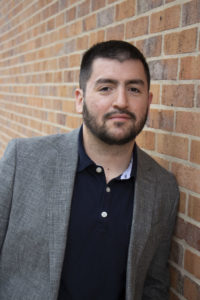 Bio:
Alex Z. Salinas lives in San Antonio, Texas. He is the author of WARBLES, his debut full-length poetry collection by Hekate Publishing. He is poetry editor for the San Antonio Review, and holds an M.A. in English Literature and Language from St. Mary’s University.